All about AILET 2016 Analysis

Know all the detailed insights of AILET 2016 Analysis
Rate Us
Views:2956

National Law University (NLU), Delhi exclusively conducts AILET every year on the first Sunday of May. In 2016, the test gave respite to the candidates as it was easier as compared to previous years. It had five sections with 150 questions in total. The total duration of the test was 1 hour and 30 minutes. This pen and paper test has an advantage of no negative marking. The candidates who crack AILET become eligible to pursue B.A.L.L.B. (Hons.), L.L.M and Ph.D. Degree Programmes purely on the merit basis. There are 80 seats in B.A.L.L.B course, 20 in L.L.M and 10 Ph.D. seats. The overall level of difficulty of the test ranged between easy to moderate.

The following table gives you the sectional overview of AILET 2016:

The detailed section-wise analysis of AILET 2016 is as follows:

Break-Up of Legal Section - The table given below explains the weightage given to various areas in the legal aptitude section:

EVALUATION: In addition to the usually asked principle-fact and legal fact/legal G.K questions, AILET 2016 had a handful of assertion-reason questions. The subject of Indian Penal Code was given a complete miss this year. This was in contrast to the 2015 trend where Indian Penal Code had dominated the paper's scheme. Another shift in trend can be deciphered from the fact that AILET 2016's legal aptitude section carried a considerable number of principle-fact questions from the subject of Constitution. The legal G.K questions tested a student's awareness of current affairs. AILET 2016 can be safely concluded as the toughest exam so far, and the average attempt in the legal aptitude section can be pitched at 25-28.

FREE Video Counselling:
Want to get rid of Career/Exam related stress? Talk to us! Book Your Spot

The table given below explains the weightage given to various areas in the general knowledge section:

All the candidates who were thorough with their preparation would be able to score 30-33 in this area as 26-28 is a very competitive score for getting into the top ranks.

Evaluation: The Verbal section of AILET 2016 was easy to moderate. There were 35 questions in total. Out of these 35 questions, nine sentence completion blanks were mainly filled with preposition and tenses usage. Approximately, five questions were based on cloze test i.e. fill in the blanks in a paragraph, the level of which was easy. There were three difficult questions based on the usage of phrasal verbs.

The main highlights of this section were: 3 questions based on Grammar related to identification of different parts of speech. If you understand rules of grammar thoroughly, it may surely help you in solving all the questions easily. There was one reading comprehension with nine questions which was based on the changing structure of rural labor market. Another five questions were based on finding odd one out and were difficult in nature.

Evaluation: The overall level of difficulty of this section was moderate as compared to previous year where the level was easy to attempt. However, this year almost every topic was touched, ranging from profit and loss, speed, distance and time to ratio and proportion, probability. It was expected that all those test takers who managed time well, managed to score well.

Download the following PDFs to drastically improve your AILET Score: 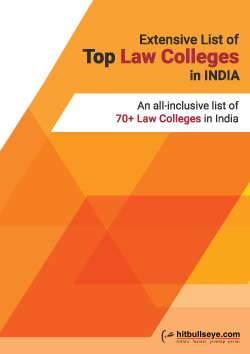 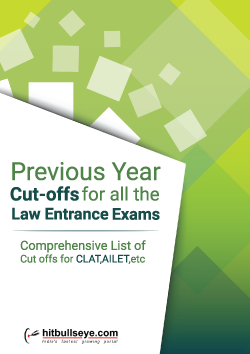 How to Crack AILET