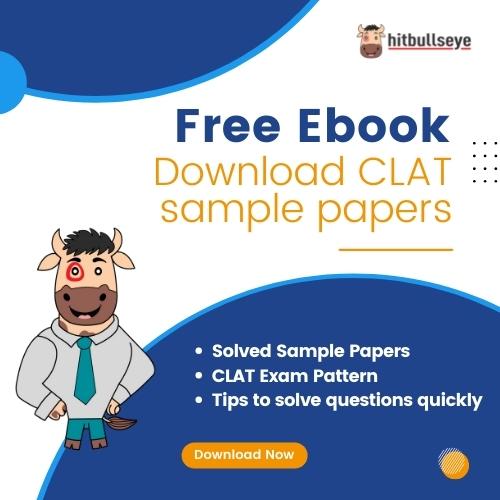 Instant Access to Free Material
All India Law Entrance Test, popularly known as AILET is conducted annually for admission to integrated B.A. LLB (Hons), LLM and PhD programmes of National Law University, Delhi (NLUD). NLUD is one of the prestigious and top-ranked law schools in India. It is a pen-paper based test, which consists of 150 objective type questions from different sections like English Language, General Knowledge and Current Affairs, and Logical Reasoning.
FREE Video Counselling:
Want to get rid of Career/Exam related stress? Talk to us! Book Your Spot

Why is GK Important for AILET?

The General knowledge section in AILET 2022 will contain 30 questions. The importance of this section lies in the fact that you can conserve a lot of time in this section, which can be utilised in relatively tough sections like Reasoning and English. The questions are all direct; hence, there is no scope of ambiguity. Your preparation for AILET GK section will prove to be beneficial in covering many questions on Legal GK also.

It is evident from the above data that there is no fixed trend for the number of questions from static GK or current affairs. This year, AILET  had only a few questions on static GK and nearly 85% questions on current affairs. Whereas, AILET 2017 & 2018 had almost the same number of static and current GK questions. Therefore, we recommend a balanced preparation strategy, allocating equal time and energy to both static GK and current affairs.
Suggested Action:
Boost your Exams preparation with Teachers who have mentored 100 %ilers for over 2 decades Enroll now for FREE Live Classes!
AILET is considered to be one of the toughest legal entrance exams in India. Over the past three years, Current affairs had dominated this section with less number of questions related to core subjects. AILET covers all the broad areas like History, Geography, Polity, Economy, Science and Technology, Sports and Awards. Let us look at some of the questions asked in previous years' AILET papers to know what is the question type and level of difficulty:
Q1. Which of the following is/are true about Methanol based Economy?
I. Future economy in which dimethyl ether replace fossil fuels as a means of energy storage.
II. It offers an alternative to the proposed hydrogen economy or ethanol economy.
III. China is the world's largest producer of methanol.
IV. Menthol cannot be made by chemical recycling of carbon-dioxide
A) I, II
B) I,I III
C) III, IV
D) I, II, III
Q2. Who has prepared Global Risk Report 2019 ?
A) United Nation
B) World Economic Forum
C) Greenpeace International
D) None of these
Q3.  What was the cause of extreme cold in USA in January and February 2019 ?
A) Strengthening of Polar Vortex
B) Weakening of Polar Vortex
C) Extreme cold in Antarctica
D) Depletion of Ozone layer
Q4. Which of the following is/are true about concept of Most Favored Nation (MFN)?
I. It establishes the sovereign equality of states with respect to trading policy.
II. There are two forms of MFN treatment: conditional and unconditional.
III. Such treatment has always applied primarily to the duties charged on imports.
IV. Custom unions and free trade areas are exceptions to MFN principle.
A) I, II, III
B) II, III, IV
C) I, II, III, IV
D) I, III, IV
Q5. Which of the following countries recently assumed the seat of non-permanent member of UN Security Council ?
A) South Africa
B) Netherlands
C) Sweden
D) India
Q6. Hayabusa 2 was in news recently, which of the following statement regarding it is correct ?
A) It is Japan's first Mars Mission, funded by NASA.
B) Asteroid sample-return mission operated by the Japanese space Agency, JAXA.
C) It is a military satellite by JAXA.
D) It is Japan's first mission to Jupiter.
Q7. Who is appointed as the New Chief Information Commission of India?
A) R. K. Mathur
B) Vandana N. Sarna
C) Sudhir Bhargava
D) Suresh Chandra
Ideally, you should not devote more than 10-15 minutes on this section. It will help you allocate time to other time-consuming sections. Further, we have come with a preparation strategy to help you ace both Static and Current GK for AILET:

Although the syllabus is very vast, the questions from this section are relatively straightforward. You can easily attempt around 90% of Static General Knowledge questions if you effectively plan your preparation. Topics of static GK should be covered from excellent and reliable sources. You can take Bullseye Static Gk books as we have covered all the broad areas. For further studies, you can also refer NCERTs from Class 6-12 for History, Geography, Polity and Science.

The best source to prepare for Current GK is the Hitbullseye GK Web Portal where you will find Videos and Pdfs on Current Affairs, updated timely. How to read the newspaper for MBA entrance examinations has been covered in a separate article. For Editorials, read the newspaper, preferably The Hindu. Also, go through our ‘Special Report’ and ‘Topic of the Week’ columns for better understanding of contemporary topics.
Must Read AILET Articles
Rate Us
Views:15689

How to Crack AILET