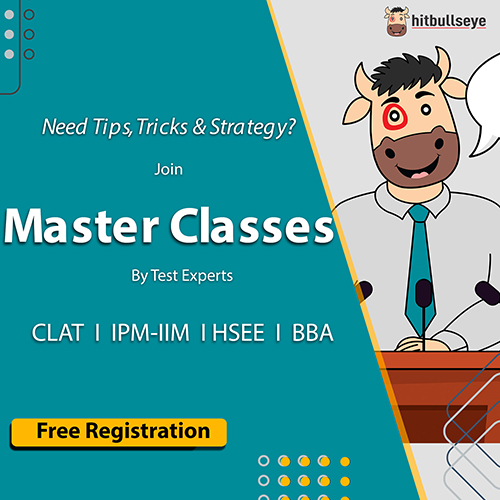 Instant Access to Free Material
The CLAT 2015 was conducted by Dr. Ram Manohar Lohiya National Law University, Lucknow. It was the first time CLAT was conducted online across the country. The test takers found CLAT 2015 to be tougher than expected due to higher difficulty level of the English and the Mathematics section.
The CLAT 2015 paper had 5 sections with a total of 200 questions to be completed in a span of 2 hours. Each correct answer was awarded with 1 mark and 0.25 negative mark was deducted for every wrong answer. No mark was deducted of any un-attempted question.
FREE Video Counselling:
Want to get rid of Career/Exam related stress? Talk to us! Book Your Spot

Following is the detailed sectional analysis for CLAT 2015:

Evaluation: This section witnessed a pattern shift when compared to CLAT 2014. Questions on Maxims, Foreign words and Idioms were not asked. However, there were questions on Analogies and Alternative summary which were not asked in the previous years' CLAT. Also, many students found the online Reading Comprehension questions a little difficult to attempt.

Evaluation: This section had a good mixture of questions from various test areas and the difficulty level ranged from moderate to difficult. Some questions like those on Time-Distance and finding last two digits were difficult. However the questions on Data Interpretation, Simple equation, Simplifications and Calculation were easy to solve.
Questions on Numbers required a strong understanding of the concepts of L.C.M, remainder theorem, last digits, etc. Questions on Probability and Permutation & Combination problems were of moderate difficulty level. There were 5 questions from Data Interpretation, which were perceived to be simple. Unlike CLAT 2014, CLAT 2015 did not have questions on Percentage and Mensuration.

The section had an equal distribution of static GK and current GK questions. For a student who regularly reads newspaper, an attempt of 35+ questions would be easy.
This section contained a good mixture of questions from Sports, Government Policy, Science, Defence, International Events, Law, History and Finance. These questions should have been simple for a well-prepared candidate. Overall the toughness of the General Knowledge and Current Affairs section could be termed as moderate.

This section in CLAT 2015 was tougher when compared to the previous years CLAT Papers. The passage based critical reasoning questions were difficult. There were questions on Fact, Inference and Judgement, Data Sufficiency, Coding-Decoding and Blood Relations which were easy to attempt.

There was also 1 question on direction sense, 1 on linear arrangement and 1 on calendars. There were two sets of questions on puzzles, both of which were time-consuming and difficult. A good attempt for this section was around 30 questions.

Candidates who read the newspaper regularly would find the Legal GK questions easy to attempt. Questions related to reasoning were time consuming but of an easy to moderate difficulty level. Legal Fact questions were fairly direct in nature. Average attempt of 40+ questions was good for anybody who had a good understanding of the fundamentals of the constitution, legal principles, and the current legal affairs.